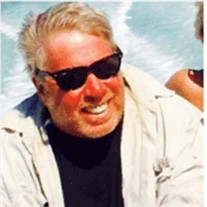 Grant Leslie Thompson passed away on September 14th doing what he enjoyed most, playing tennis with his close friends at Zephyr Cove, he was 73. His life was voluminous and words can’t express the person, the man, the myth, the legend: Grant Thompson. Grant was born in Honolulu, Hawaii and was the oldest of five children. While Grant was still young, the family relocated to Seattle where Grant grew up enjoying the active outdoors of the Pacific Northwest. At age 15, Grant was invited by a neighbor to work on a fishing boat in Alaska which proved to be a life-changing experience. He spent the next 40+ years owning and operating commercial fishing vessels, became one of the founding partners of Norquest Seafoods in 1982, and was a strong contributor to the revolutionizing of the commercial fishing industry in Bristol Bay, Alaska. Grant’s passion for fishing and pure grit propelled him to pioneer and innovate the gillnetter boat building industry. He built each new vessel with cutting edge technology- introducing bow thrusters and refrigeration in the early 80’s which would both later become an industry standard. In the late 60’s and early 70’s, during the offseason from fishing, one could find Grant sitting coach on a transatlantic Pan Am flight to the far corners of the world. Exotic destinations such as Southeast Asia, the Middle East, Africa, and South America became Grant’s backyard. Even though Grant had created experiences only Hollywood could foster up, Grant was most proud to finally call Zephyr Cove, Lake Tahoe home. Grant first came to Lake Tahoe in 1967 and joined the Heavenly Valley Ski Patrol where he worked six seasons. It was there he met the love of his life, Maggie Baggott. The two were married in 1976. Maggie was as game for adventure as Grant; whether it be joining him on the seas of Southeast Alaska, exploring exotic countries for months on end, or sailing the Bahamas, the two truly shared a passion for exploring the world in a less ordinary way. A few years later they were blessed by daughter Megan followed by twins Mia and Zoe. Grant was a force of nature who can hardly be summed up in few words. He was a generous, outgoing man who loved the great outdoors and spending time with his friends, family, and ones he loved most. He heartily welcomed everyone to his home or table, drawing people out with true interest and compassion, always employing a distinctive laugh and smile. He served on the following boards: Zephyr Cove Tennis Club Foundation, Douglas County Lake Tahoe Sewer, Douglas County District, and Cave Rock GID. Grant was preceded in death by his parents, Leslie (Les) and Doris and brother, Greg. He is survived by his loving wife Maggie of Zephyr Cove, daughters Megan (Mark Billing), Zoe and Mia; brothers Steve (Cindy), Rich (Linda) and sister Sam (Paul); four nieces and nephew, and countless friends. We cherish our memories of his well lived life and he will never be forgotten. Celebration of life will be scheduled at a later date – post COVID-19 – when we can all gather in true Grant Thompson fashion.

Grant Leslie Thompson passed away on September 14th doing what he enjoyed most, playing tennis with his close friends at Zephyr Cove, he was 73. His life was voluminous and words can&#8217;t express the person, the man, the myth, the legend:... View Obituary & Service Information

The family of Grant Leslie Thompson created this Life Tributes page to make it easy to share your memories.

Grant Leslie Thompson passed away on September 14th doing what...