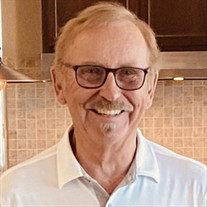 Gregory R. Brown Obituary Gregory (Greg) Robert Brown of Genoa passed away suddenly of a heart attack on August 1, 2021 with his loving wife, Kate, beside him. Greg’s family and friends are shocked and heartbroken at his passing. Greg was a ‘young’ 80 years old. He was born in San Mateo, California on October 15, 1940 and attended Sequoia High School in Redwood City. After High School he served in the United States Marine Corps for 9 years and 11 months attaining the rank of Staff Sergeant. His tours included Beaufort, So Carolina, Jacksonville, Florida, Japan and Vietnam. He studied Meteorology and received the National Defense Service Medal, Good Conduct Medal with one star, 3 Letters of Commendation, Vietnam Service Medal and Rifle Marksmanship Badge (“Once a Marine, always a Marine”). He left the USMC for further education. His chosen path was in the newly-developing Computer and software fields. After graduation, his positions included Management information systems (MIS) Director of Washington Hospital in Fremont. Greg eventually formed his own Company, providing medical billing solutions to Physicians offices and Clinics. Together with Kate this business continued until his passing. He considered himself semi-retired. Greg and Kate moved to Genoa 4 ½ years ago and value the community and friendships they have made here. Greg was occupied in numerous Carson Valley activities including the Carson Valley Sheriff’s Citizen Patrol, Board member of the Carson Valley Arts Council, a member of the Genoa Historic District Commission and a member of the International Footprint Association. He was extremely concerned about fire safety in the Valley and was a member of the Fire Adapted Community. He loved many kinds of music and was a supporter of TOCCATA (Tahoe Orchestra Symphony & Chorus). Most recently he helped acquire a blacksmith shop for Genoa and has been spearheading an effort to obtain a Stagecoach for Genoa. In his younger days, Greg was a proficient horseman, skier, cyclist and golfer. He was a teacher, jokester, friend to animals and well loved. Greg could often be seen in his Civil War Marine Uniforms or Western wear. He and Kate were members of the Nevada Civil War Volunteers. He enjoyed flying his drone then adding beautiful music to his videos. Recently, he resumed his love of wildlife photography and knew every hawk on Genoa Lane! He was enthralled by the recent ventures of SpaceX, was an NRA pistol instructor and Graduate of the FBI Citizens Academy. Greg and Kate loved to ‘get off the rails’ and explore new adventures. They treasured their numerous visits to Hawaii and two weeks prior to Greg’s passing, they had returned from their favorite island, Kauai. Greg was preceded in death by his parents, Wilbur and Geraldine Brown. He is survived by his partner in life and loving wife, Kate, his dear daughter Jenny (Greg) in Indiana, grandsons Chad (Caroline), Brian (Deirdre) and Eric and great grandson Owen Gregory (2 ½ months), Sister Joan Chalton and Nephews Ronald and Ed of Carmichael, California, Sister and Brother-in-Law, Pamela and Bruce (Blinn) of Genoa and Brother-in-Law, Norman Harvey in England and many relatives in the San Francisco Bay Area and England. A funeral service for Greg will be held at Trinity Lutheran Church, 1480 Douglas Ave, Gardnerville, NV on Friday, August 20 at 2:00 pm. All are Welcome. After the service, refreshments will be served in Genoa. Details will be provided at the Service. In lieu of flowers, those who wish to remember Greg in a special way may make a donation in his memory to the following: • Douglas County Sheriff’s Citizen Patrol, Inc, P.O. Box 218, Minden, NV 89423 or • Semper Fi and America’s Fund, 825 College Blvd, Suite 102, PMB 609, Oceanside, CA 92057 or www.thefund.org/donate. (Assisting combat wounded service members). Condolences may be sent to [email protected] For those who cannot attend the Service, it will be available on www.youtube.com. Search under trinitylutheran-gardnerville,nv and look for Gregory Brown Service. Greg – your smile, kindness and love of life will be missed by many.

Gregory R. Brown Obituary Gregory (Greg) Robert Brown of Genoa passed away suddenly of a heart attack on August 1, 2021 with his loving wife, Kate, beside him. Greg&#8217;s family and friends are shocked and heartbroken at his passing. Greg... View Obituary & Service Information

The family of Gregory Robert Brown created this Life Tributes page to make it easy to share your memories.