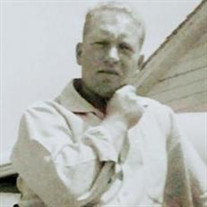 Merwin Ray Flagg, many knew him as "Red", passed away at the age of 90 on October 16th, 2018, in Gardnerville Nevada at his home for the past 43 years. Merwin is survived by his Daughter, Ann Marie Morrison, spouse Thomas Morrison of Peoria AZ, Sons Edwin Rocco Flagg, spouse Teddy Flagg of Carson City, NV and Raymond Timothy Flagg of Gardnerville, NV. His Surviving Grandchildren, Raymond Rocco, spouse Brandi, Kyle Joseph, spouse Sarah, Sara Elizabeth, Brittany, spouse Darren, Chris, Jonathan, Edwin, Ashleigh, spouse Greg and Rachel. His Great Grandchildren, Sedrik, Rocky Ray, Makayla ,Preston, Kennedy, Liam, Kaden, Asher, and Ragnar. He is preceded in death by his Loving Wife, Annette Teresa Flagg, He moved his family from Santa Rosa, CA to South Lake Tahoe in 1964, where he resided until June of 1975 when he moved his family to Gardnerville Nevada. Merwin was an amazing family man and a loving father. He married Annette Teresa DeMarco on March 25th, 1951 in Santa Rosa, California and the couple had 4 children together, including Julie Ann Flagg, who died in infancy. Merwin was known by everyone as Red, he was strong willed, never complained and saw the good in all. His love for his family was of the utmost importance to him, up to the day of his passing he wanted to make sure all his children knew if they needed anything his was just a phone call away, he would say "I will just hop in his car and be there". He enjoyed visiting with his neighbors and all the wonderful residents of the valley, from the markets to banks to the service stations he was a friend to all. He enjoyed traveling the state with his Daughter Ann Marie and her horse Girlie, watching his Son's Ed & Spark play Baseball & Power Lift, the tradition of support was followed to watch his Grandchildren participate in Football, Baseball, Soccer and school graduations. His family and friends will always remember him as a remarkable family man with great compassion and a gentleman from an era rarely seen these days. His final resting place will be at Eastside Memorial Park next to his wife Annette.

Merwin Ray Flagg, many knew him as "Red", passed away at the age of 90 on October 16th, 2018, in Gardnerville Nevada at his home for the past 43 years. Merwin is survived by his Daughter, Ann Marie Morrison, spouse Thomas Morrison of Peoria... View Obituary & Service Information

The family of Merwin Ray Flagg created this Life Tributes page to make it easy to share your memories.

Merwin Ray Flagg, many knew him as &quot;Red&quot;, passed away at the...