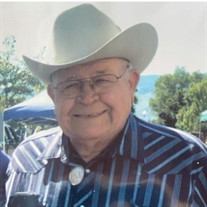 Robert Glenn O’Berg June 24, 1936 – April 17, 2021 Robert (Bob) Glenn O’Berg, our beloved husband, father, and grandfather, passed away peacefully at home, surrounded by his family, on April 17, 2021. He was a native Nevada resident as well as a long-time resident of California. Bob O’Berg was born in Tonopah, NV., June 24 1936, to Elmer and Olive O’Berg. Bob is 1 of 4 children: Older brother Chuck, younger sister Virginia, and younger brother Keith. Bob graduated Tonopah High School in 1952. Bob worked part time for Alan Douglas at Midland Motors during his high school years. For the next couple of years after high school Bob had several jobs working for Vic Byrd @ Nevada Auto Supply, Rissone’s Shell, Bud Trainer’s Shell and Reno Vulcanizing. Bob also briefly attended University of Nevada, Reno and finalized his bachelor education at UCLA, obtaining a degree in Economics. Bob opened “Bob’s Y Shell” in Sparks in 1957, and became the youngest Shell Dealer in the US, at age 21. Bob married his beautiful wife, Sharon Lynn Flanagan, on October 18, 1959, in Virginia City, NV. Twin sons (Bob and Thomas) were born December, 1960. Bob went to work for United Airlines in 1961. February, 1962, Bob and Sharon welcomed their third and last child, daughter (Kathy). Bob and Sharon moved their family to Los Angeles, CA, in 1962. Bob continued working for United Airlines and work part time for Jim Anderson at Garden Grove Auto Parts. Bob and Sharon moved their family to Garden Grove, CA in 1964. Bob opened Bob’s Shell Service in Anaheim, CA, in 1966, and moved the family to Anaheim. Soon after, Bob started Bob’s Towing Service. Over the next five years, Bob added six more Shell Stations and five tow trucks to the fleet. Bob and Sharon opened their first Auto Parts Store, Bo-Den Auto Parts, with Denny Pierson, and moved the family to Yorba Linda in 1973. Soon after, Bob sold the Shell Stations and tow truck company. Over the next four years he added three Auto Parts Stores in the Orange County area. All the years of working for United Airlines instilled a deep love of flying and aeronautics. In 1978, Bob purchased a single engine airplane (a Beechcraft Sierra) with a partner Web McNeil. Bob always loved the outdoors, ranching and animals, and in 1984 Bob and Sharon bought a ranch in Sierraville, CA and called it “The Rocking ‘O’ Ranch”. Bob sold his interest in the airplane to focus his time and efforts on THE RANCH, while continuing his auto Industry business. In February 1986, Bob ventured out, once again, and purchased an Automotive Warehouse from Republic Automotive, in Laverne, CA, along with an additional four retail auto parts stores. Bob named his warehouse operation “Farwest Distribution Center”. Bob used his jobber experience to grow the business and he opened up a second warehouse in Costa Mesa, CA, in 1989. The 5.7 magnitude earthquake, on February 28, 1990, destroyed the rear wall of the main warehouse, and eventually forced Bob to move the main warehouse to Buena Park, CA., in September 1992. Bob then sold his automotive distribution and retail business and retired from the business world in 1994. Bob continued operating the “Rocking ‘O’ Ranch” through 2003. Bob and Sharon, as native Nevadan’s always loved the Carson Valley, so in 2003, they bought a house and settled in Gardnerville, NV. Bob is a self-taught, educated, hard-working man, who believes in ‘What you get out of something is what you put into it’. He is an automotive enthusiast, to the heart, and continued his enthusiasm restoring antique cars and helping friends restore theirs. He embellished tradition and old fashioned values of the true American Spirit. He was a man of great vision, strength, integrity and character. He loved people and was always willing to lend a helping hand. Bob had a wonderful sense of humor and a special gift for telling jokes and stories. Bob had participated in many dealer, jobber, distributor councils, automotive conferences and educational seminars. He was always actively involved in his community, serving on various councils. Bob was active in politics, NRA, Elks Club, Kiwanis Club, Lions Club, Chamber of Commerce, AACA, Ford V-8 Club, Ford Model A Club, Ford Model T Club, the Horseless Carriage Club and the Thunderbird Club. He had a particular interest in helping educational scholarship funds for qualified young people without the financial ability to further their education. Bob was blessed with wonderful friends and a loving family and truly lived in God’s Country. Bob is survived by his wife of 61 years, Sharon; his children, Bob O’Berg, Thomas O’Berg and Kathy Riggs and husband, Jim, as well as his grandchildren, David Riggs, Danny Riggs, Sierra Michalkow. The O’Berg family would like to thank Kindred Hospice for their exceptional love, care and attention they extended to the entire O’Berg family. The caretakers are like angels on earth. A celebration of life service will be held on Friday, April 23rd at 10:00 am, at Eastside Memorial Funeral Home in Minden, with a reception at their home following the service. In lieu of flowers, donations can be made to the Alzheimer’s Association in the name of Bob O’Berg at: https://act.alz.org/site/TR/Events/Tributes-AlzheimersChampions?pg=fund&fr_id=1060&pxfid=678901

The family of Robert Glenn O'Berg created this Life Tributes page to make it easy to share your memories.