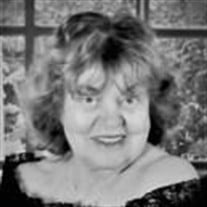 Thelma Teichmann (Thelma Mae Dennis), 91, of Ocala, Florida, passed away peacefully on December 4, 2018. Thelma is survived by her loving and devoted husband of 63 years, Lieutenant Colonel David A. Teichmann, U.S.M.C (Retired); her son, David L. Teichmann and daughter-in-law, Sonia Moroder of Menlo Park, California, son, Stephen Teichmann of Laguna Niguel, California; and daughter, Suzanne Worthing of Broomfield, Colorado. She is also survived by three grandchildren, Elke Teichmann (and her husband, Eric Garret), Katja Teichmann and Zachary Worthing. Born in Detroit, Michigan, Thelma grew up in Florida and Michigan. She studied at Stetson College and later became a stewardess for National Airlines, often flying between Miami and Cuba. Heroically, she saved dozens of passengers in a fiery crash at Midland Field in Chicago on January 4, 1951. Thelma met her husband David in Opa Locka, Florida during his first assignment as a United States Marine Corps pilot. They married in April 1955. As a military family of almost thirty years, they lived in many states nationwide as well as in Japan, and traveled all over the world together via military aircraft and ocean liners. Thelma had a special fondness for Hawaii and the ocean. She was a volunteer docent at the Honolulu Aquarium and an active member of the Honolulu Symphony Chorus. They retired to Incline Village, Nevada in the late eighties and after several cold winters decided to settle in warmer Ocala, Florida at the Oak Run retirement community. From there, Thelma and David continued their global travels and enjoyed time with family and friends. Services for Thelma will be held at 11 a.m. at Trinity Lutheran in Gardnerville, Nevada and an interment celebration will follow graveside at 12 noon at Eastside Memorial Park in Minden, Nevada on Thursday, December 20, 2018. In lieu of flowers, donations may be made in Thelma's name to the Alzheimer's Association.

The family of Thelma Teichmann created this Life Tributes page to make it easy to share your memories.